I love talking to people who work at BuzzFeed. Not only do they have, like, THEE MOST KICK ASS JOB EVER AND I WANT TO BE THEM — but also, they’re super articulate, and witty, and ridiculously cool in general. Lara Parker and I connected on instagram a few months ago, and I quickly fell in love with her amazingly hilarious sense of humor and incredibly vulnerable honesty (read this!). It quickly became clear to me that she was a #girlboss, and that I should share her #girlboss-ness with all y’all.

Tell us what you do!

I am a staff writer for the Los Angeles bureau of BuzzFeed. I write (mostly), tweet a lot, and blog in my free time. I write a lot of BuzzTeam (insert list joke here), but I’ve also dabbled in some personal essays.

Did you go to college? If so, where?

I graduated from the University of Indianapolis in 2013 with a degree in Communication that focused on Public Relations. Very Samantha Jones meets Indiana. Kidding. It’s a small liberal arts college on the southside of Indianapolis that has a fake Starbucks, but a ton of cool people.

When you were a kid, what did you want to be when you “grew up”?

I wanted to be a marine biologist mainly because I thought I would be the one to discover that mermaids are, in fact, real. This might still happen — that’s all I’m saying. It doesn’t matter that I puke on boats and don’t know how to dive. Minor details. 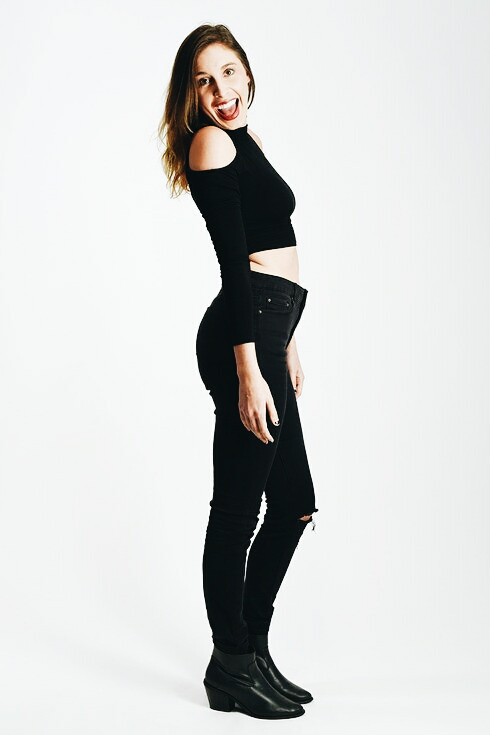 How did you get to where you are now? Tell us your story!

Like many college students, I entered my junior year of college not knowing what the hell I was going to do with my life. Everyone around me was all like, “I have this internship, and this job, and this perfect life.” And I was like, “Um, I really like watching Bravo?” One particularly low day, I was on Tumblr, and saw this quote about traveling to find yourself. I had always wanted to study abroad, and after spending a month in Greece after my sophomore year, the travel bug infected me.

That night I started researching places to study abroad — and just like that — I decided I was going to go to Australia. It sounds so cliché now, but for the first time that year, I felt like I had finally found my path. I feel like we all search for that path… and going to Australia my senior year was mine. While I was in Australia, I started a blog to keep my family updated with the things I was doing down under. I started noticing that more and more people began to read it. It was insane to me that people cared about what I had to say, but what was even more insane was how much I enjoyed it. I kept blogging, and when I returned to the states, I didn’t stop. I started writing about everything. During that time, I got diagnosed with some health issues, and that’s when I realized how important writing was. Not just for me, but for everyone to know that they’re never really alone. I kept writing and writing and then I discovered BuzzFeed, and applied for their editorial fellowship straight away.

Any obstacles along the way?

I was actually turned down by BuzzFeed. I sat on my couch and cried for a bit, then decided that I wasn’t done yet. So I applied again, this time for a Travel Intern position — and I got it. However, a month into my internship, the travel vertical was kind of becoming obsolete, and they didn’t need a travel writer as much. So I had to kick my ass into gear and really prove myself. In March of 2014, I was offered a full-time position, and I’ve been here since. Proof that you really can’t give up on your dreams, even if everyone else has. 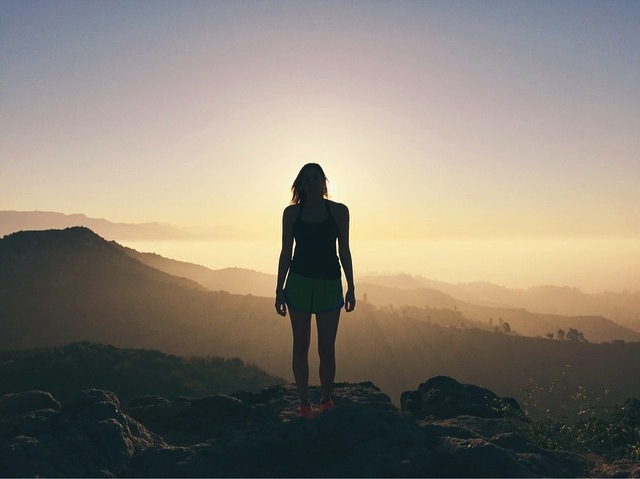 Who is your idol?

I have too many idols, almost all of them being women that I follow on Twitter. Women are amazing, you know? Fucking amazing. And the more women I meet, the more in awe I become.

Three personal traits/qualities that helped you get to where you are:

Where would you like to be in five years?

I want to still be writing, but also expanding my scholarship in memory of my late best friend, and helping women all over the world with healthcare. I never want another woman to have to go through what I, and so many others, have gone through to find out what’s going on with our bodies. I want to be sitting in a Starbucks, and hear someone talk about having a painful vagina, and know that it’s no longer taboo or weird in any way.

Define “Girl Boss” in your own words.

Being completely yourself with absolutely no apologies and allowing everyone else to do the same.

Forever 21 meets Buffalo Exchange meets I saw someone wearing this and googled it until I found out where they bought it. 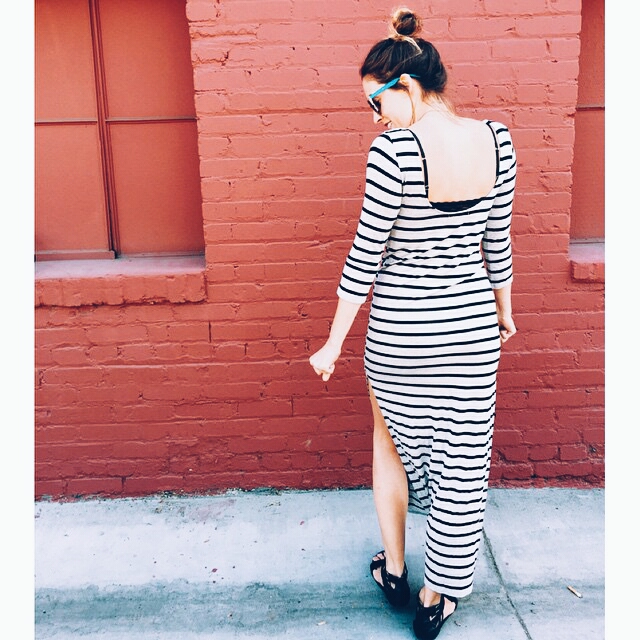 ASOS. Mostly because I’m too lazy to shop anymore, and I just looked through my browser history, and there’s a lot of that.

GIMME BROW by Benefit — it’s an eyebrow brush but also a life changer. Take my word for it

Black like the emo girl I always wanted to be when I was 16.

I don’t drink coffee, so I order a hot chocolate with caramel, and pretend it’s coffee because coffee sounds cooler

What makes you feel beautiful? 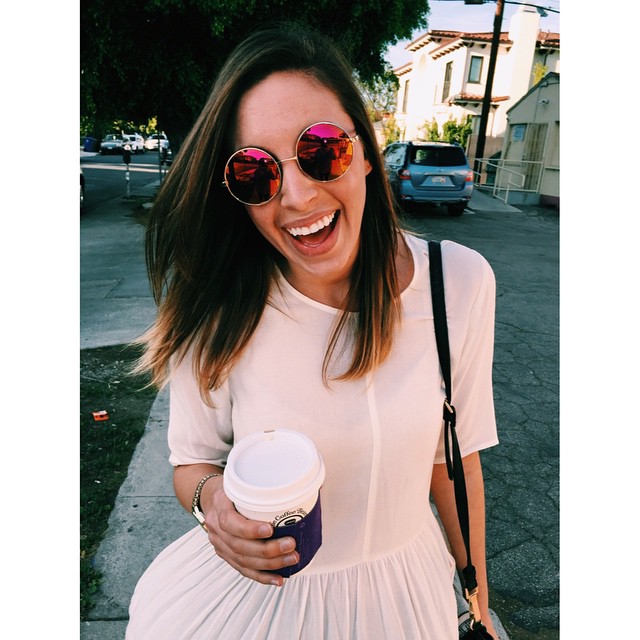 What makes you feel badass?

Writing openly about my struggles and being able to say, “this is hard.”

Sophia Amoruso’s #GIRLBOSS inspired me. What book has inspired you?

OK DEEP DARK SECRET HERE … but If The Buddha Dated. It’s about finding love on a spiritual journey, which I’m not that into — but it’s also about refusing to settle and kicking bad dating habits, which I am VERY into.

No Girl Boss is perfect. What’s your vice?

I eat the fuck out of Spongebob Push Pops — ORANGE BURST FLAVOR — while watching “Southern Charm.” No one is perfect, OK?

Which artist/band/DJ are you really into right now?

Always, always obsessed with twenty one pilots. They just GET me.

What song makes you feel like a Girl Boss?

“Comeback” by Ella Eyre — girl don’t take no shit, and neither do I. HAHA, sometimes.

What’s a quote that inspires/motivates you?

“If you don’t build your dreams, someone else will hire you to help build theirs.”

Best advice you’ve ever received? And who gave it to you?

“Be on your own side.” -My friend, Will Schnabel

Don’t do something to prove others wrong. Do it to prove yourself wrong.