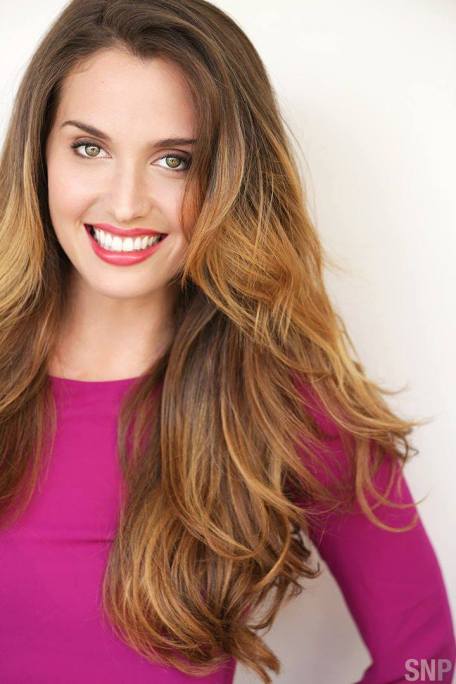 There is not a single female host in late night television.

When Jay Leno and David Letterman, respectively, announced their retirements, their positions were promptly filled by Jimmy Fallon (“The Tonight Show”) and Stephen Colbert (the “Late Show.”) And it’s not for lack of options. Ellen Degeneres, Chelsea Handler, Kathy Griffin, Tina Fey, and Amy Poehler are all more than qualified, but yet, here we are.

Traci Stumpf reached out to me in early November to commend me for the #ImAGirlBoss series, and I quickly discovered that Traci is both a talented TV host and a [very] funny comedian. I wanted to feature her, not only because she’s a #GIRLBOSS, but also because female comedians deserve WAY more spotlight than is shone upon them in mainstream pop culture. So, aspiring comediennes — this one’s for you.

Tell us what you do!

I’m a stand-up comedian and a TV host.

Did you go to college? If so, where?

No. After high school, I wasn’t 100% sure as to what I wanted to do, and my very supportive parents encouraged me to go get a skill. So I did that. I went to “the Harvard of Hair” — Vidal Sassoon — and got my cosmetology license. Looking back, it was a good choice. I have a lifelong skill, no debt, and I’m living my dream. Granted my dream has nothing to do with that skill.

When you were a kid, what did you want to be when you “grew up”?

How did you get to where you are now? Tell us your story!

Well, I was a young orphan with a million-dollar smile, who was tough enough to make her way on the streets of New York. It was a hard-knock life until one day, a hard-nosed tycoon with a heart of gold took me in, and…. oh wait, that’s Annie. For me, there was no tycoon — just a LOT of open mic nights and days spent driving to auditions 40 miles away from my house. This is a tricky question for me to answer, because I have so far to go (or at least I think I do). I don’t think I can do my “E! True Hollywood Story” justice yet. With that said, I have made a big dent in my career, and I got this far with a lot of work and a great support system.

Any obstacles along the way?

So many — mostly self-inflicted. Everyday, I have to fight the mean voices in my head that tell me I’m not good enough, or funny enough, or pretty enough. I do believe we create our own obstacles. No one else is really in our heads saying those mean things to us. How to get on the other side of that, I’m not 100% sure yet, but you guys will be the first people I tweet when I find out.

Who is your idol?

Hmm, that’s tricky for me. I feel like the second you “idolize” someone, you’re bound to be let down when they don’t do what you expect them to do. At the end of the day, we are all just people trying our best. But I do love the idea of idolizing Ellen and Neil Patrick Harris.

What are three personal traits/qualities that helped you get to where you are?

Being positive is huge for me (I can get dark fast). And being on time. And the ability to laugh at yourself.

Where would you like to be in five years?

I’m open to where ever life takes me. I try not to put too much pressure on the future, HOWEVER, my vision board consists of a six bedroom house on the beach, Kelly Ripa’s body with my face on it, and an Emmy (my own Emmy, not Kelly Ripa’s Emmy. She can keep hers.)

Define “Girl Boss” in your own words:

Waking up every morning, and showing up for your own life. And being nice. Just be nice. 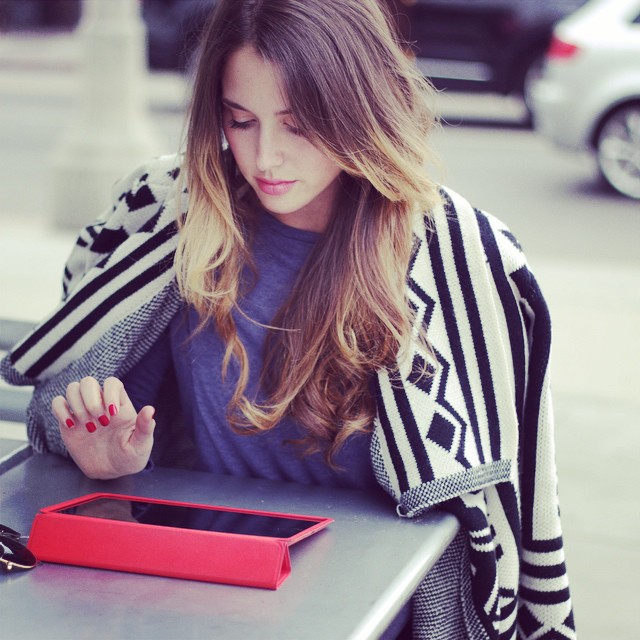 Tomboy chic — I just made that up! I host a show every night, and they only shoot me chest up, so the bottom half of me is ripped jeans and boots (that’s the tomboy part), and the chic part is the top. I just really love classic looking things.

Bobbie Brown mascara (makes my eyelashes look like Muppets) and a great blow-out.

Sophia Amoruso’s #GIRLBOSS inspired me. What book has inspired you?

I love a good self-help book. My favorite at the moment is The Laws Of a Lifetime Of Growth by Dan Sullivan. Another great self-help book is If You Give a Mouse a Cookie (ages 4-8). It’s about knowing your boundaries, and not letting people walk all over you, even if it’s just a mouse.

No Girl Boss is perfect. What’s your vice?

Which artist/band/DJ are you really into right now?

What song makes you feel like a Girl Boss?

Natalie Imbruglia’s “Torn.” I feel very inspired whenever I can roll my windows down and sing a random 90s song.

What’s a quote that inspires/motivates you?

Best advice you’ve ever received? And who gave it to you?

“Be more interested than you are interesting.” -My dad

Be nice to people. And not because of “karma,” or because they might have something to offer you later in life, just do it to be nice.

One thought on “#ImAGirlBoss: Traci Stumpf”

What's on your mind? Cancel reply